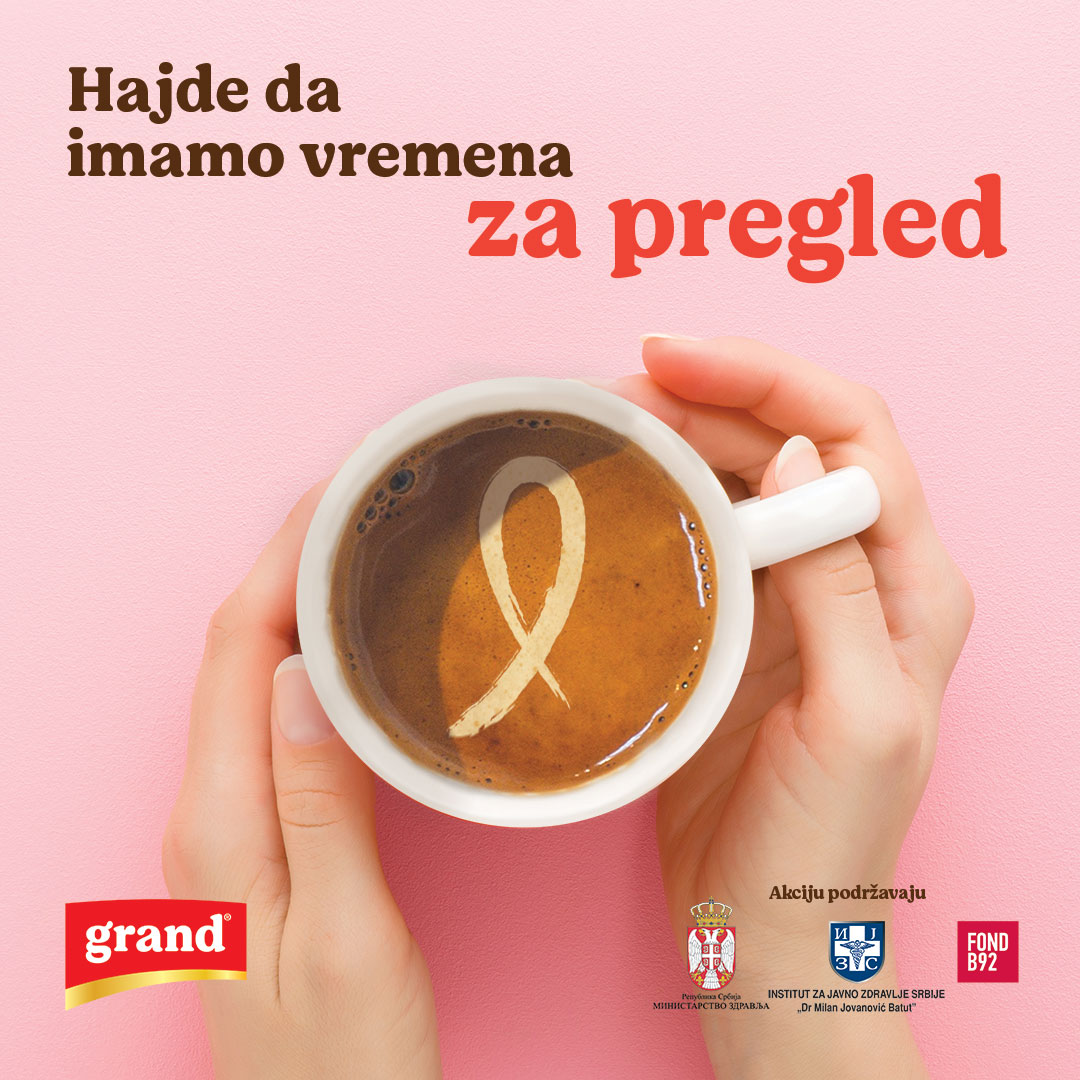 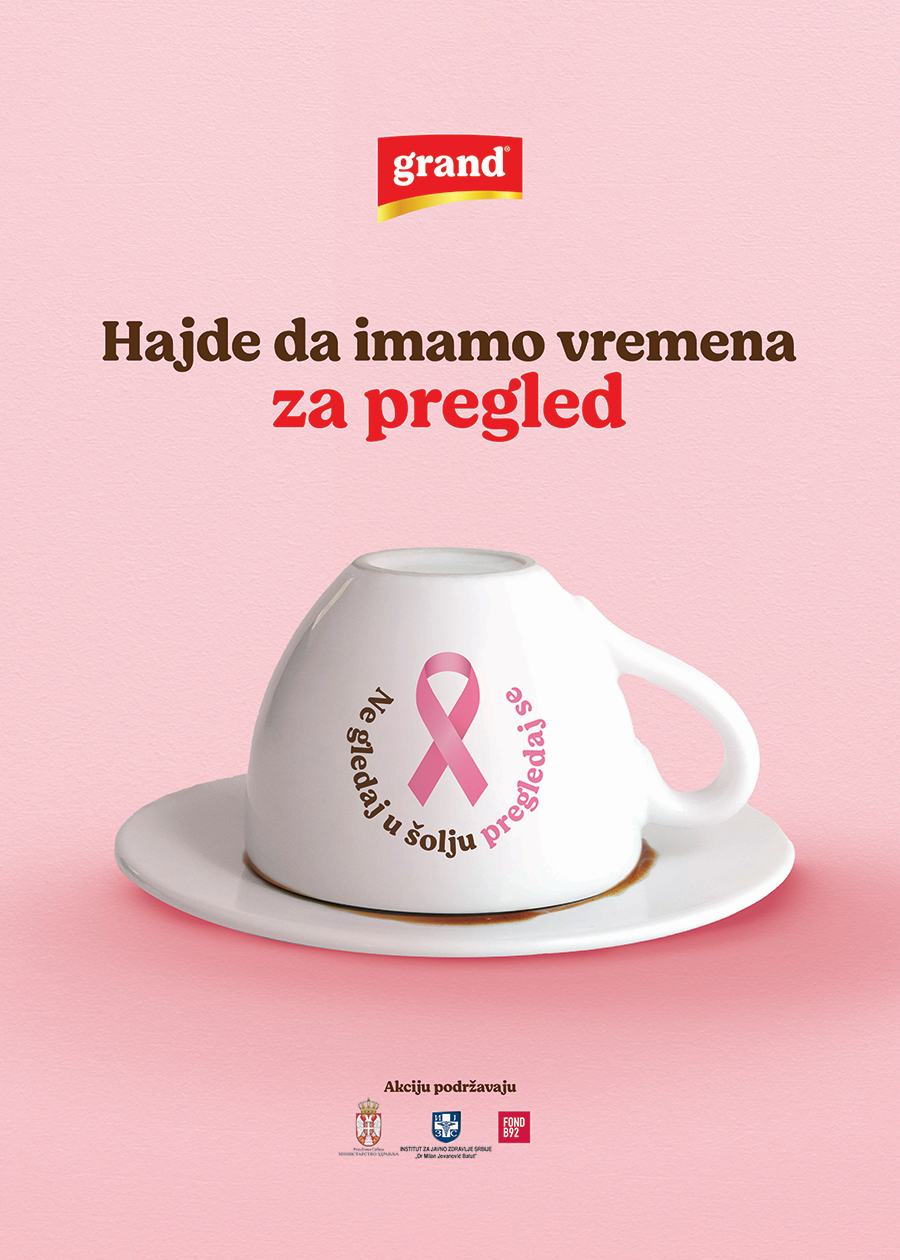 GRAND KAFA – LET’S HAVE TIME FOR A MEDICAL EXAMINATION

In October, the breast cancer awareness month, a CSR campaign was launched within Grand Kafa’s “Let’s have time” communication platform, inviting women to get a free mammogram. The communication goal was to generate as many announcements as possible in the media, despite the limited duration of the campaign, so that the message about the importance of preventive examinations reaches as many women as possible, and also to differentiate Grand kafa from other companies that were involved in the same or similar topics through an effective approach and appropriate content.

With an adequate selection of communication materials, such as press releases, PR and native texts, interviews, statements, appearances by brand representatives, and the right timing, we managed to set Grand kafa apart from others and make the campaign recognizable. According to the results of the Kliping agency’s research on companies’ support of the health care system, the “Let’s have time for a medical examination” campaign was the most visible in the media among all the campaigns in October, and with a participation of 32% in the total number of media announcements on this topic, Grand kafa was well ahead of all other companies that dealt with the same topic.

Due to the strong interest from women, the campaign was continued in 2022 with the slogan “Do not read a coffee cup, get checked!”.

Results: All mammography appointments were filled as a result of the campaign and over 8,000 women were examined in October 2021 and 2022, while the total number of publications in print media and on portals exceeded 150.